Fire and Snow on Sacajawea Peak

I paused, three quarters of the way up Sacajawea Peak, at nearly 10,000 feet the highest point in the Wallowa Mountains. The mountain's shoulder was exposed to the darkening sky. A skinny trail snaked upwards, talus-covered and slippery. As I watched, fog rolled in like cotton, and snow began to spit from the clouds. I thought of the hour and a half descent waiting. 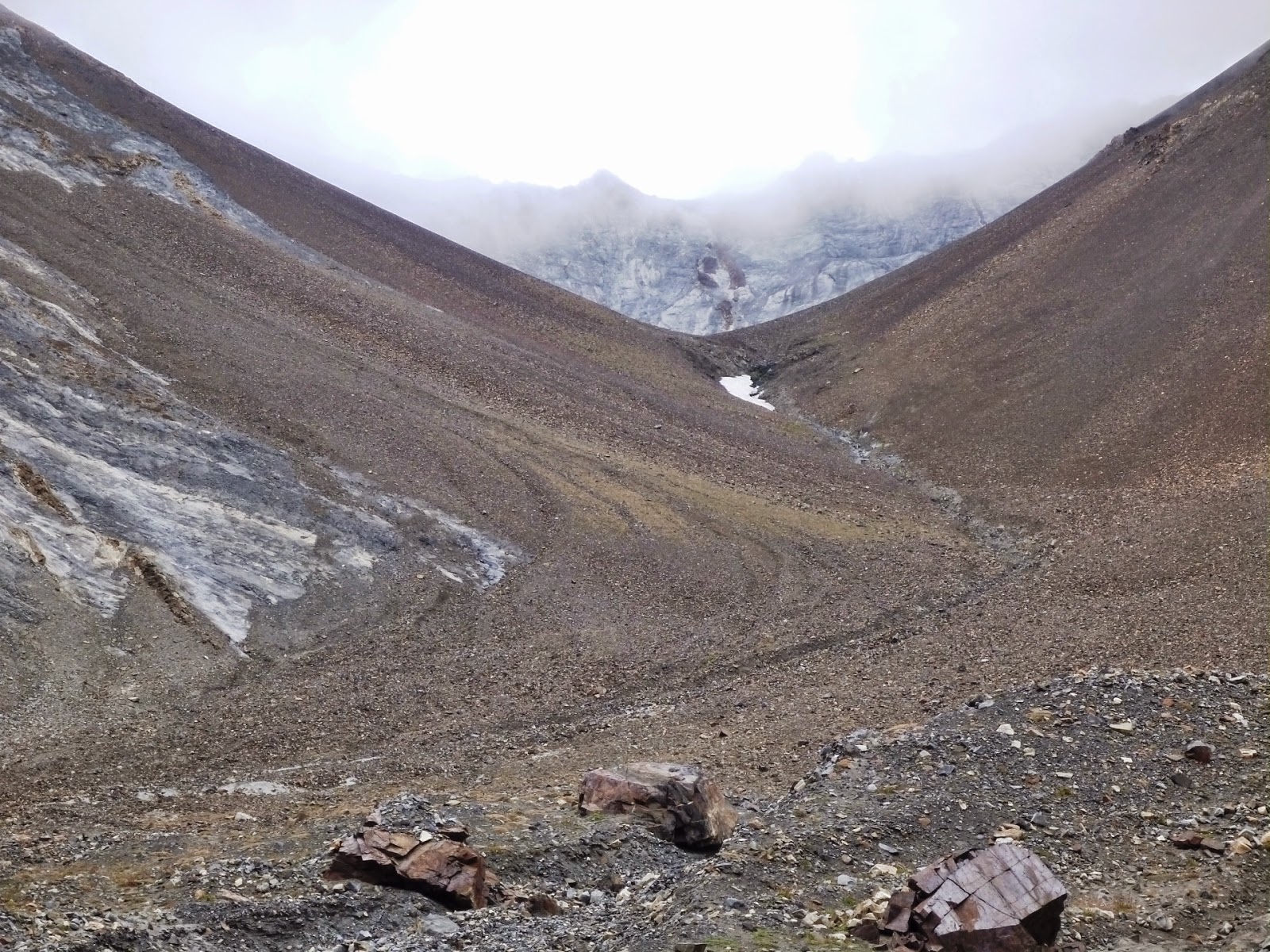 Going up is easy for me. Going down is not. Scree is  my nemesis. I could climb uphill all day. But descending wrapped in fog on a faint trail? Ball-bearing rocks under my feet? It was time to call it.

I don't really care about ascending to high points. I've never aspired to mountain climb. I'd rather hike to a lake, or along a river. I had wanted to climb Sac mainly to scout out the best way to a hidden lake called Hawk, and to see if there was a better way to another one called Deadman. Sometimes you have to get high to see the pieces of the puzzle. 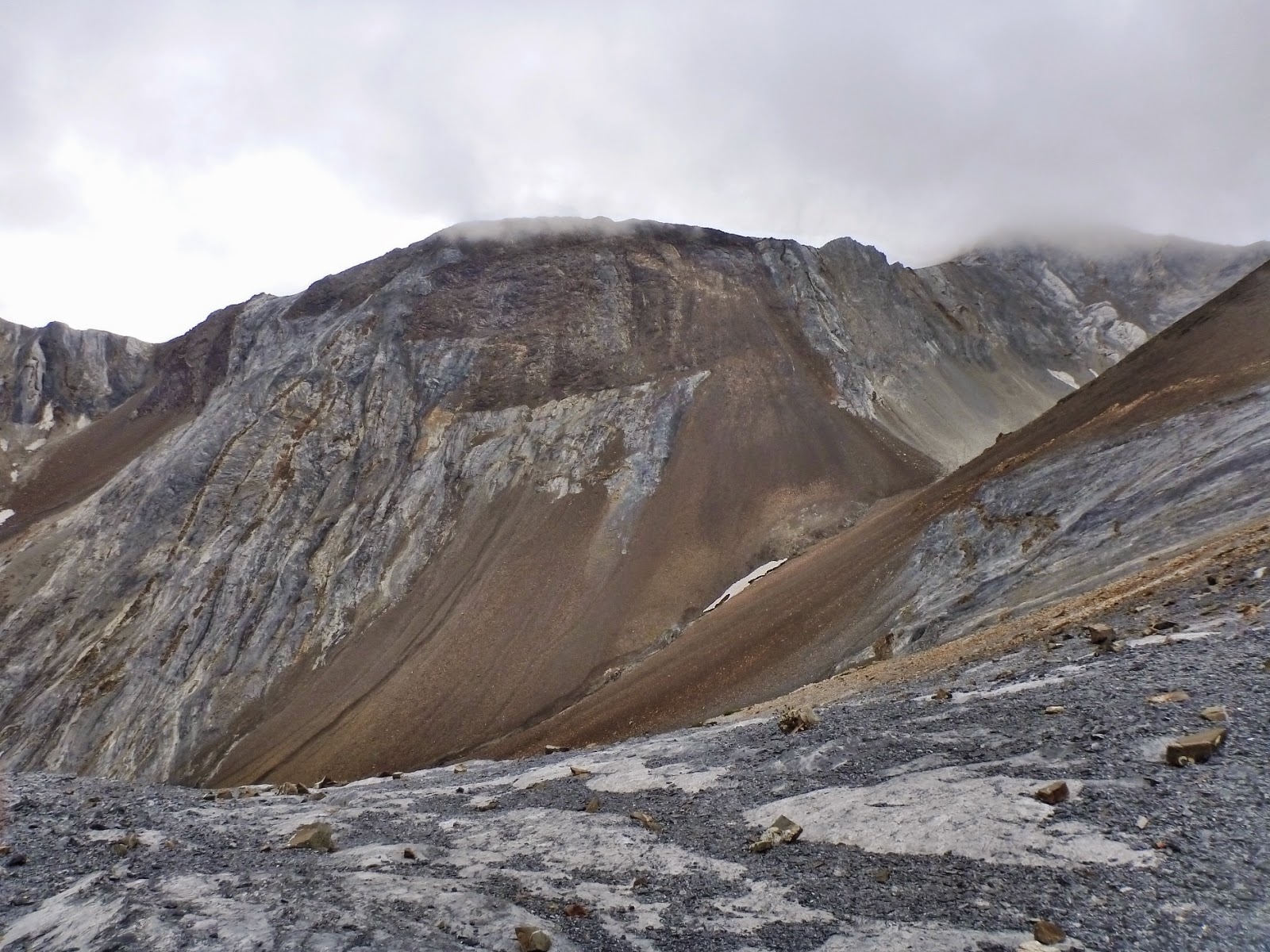 As I descended, smoke rose through the trees below me. I'm camping in a basin that's still on fire, I thought, and laughed, because that isn't dangerous to me, not the way it was burning, not dangerous in the way the peak was. Most people would choose the talus over the fire.

Loose stones rolled under my shoes, causing me to slip and fall. This is not fun, I thought. Just get down.

I came to Thorp Creek Basin to see what had happened after the wildfire. Turns out it is still burning, flames moving through green pockets. It'll burn until the big snow. There are places that have been totally nuked, dead trees burned black, a carpet of golden needles, and other places where the fire skipped and hopped around without much reason. In the end, it'll be good for the basin. It was crowded like pre-brac54es teeth. This fire cleared things out. There will be more open spaces, more room for little trees to grow.

Climbing the peak was just an afterthought, because it was cold and I had time on my hands before it got dark. It's fall now, and the lazy days of reading and lake swimming are gone. Instead, in fall, I explore.

The basin was deserted. Light snow covered the peak the next morning as I packed up and hurried through the dead trees, trusting they would remain standing. Two people were camped at the river, and they looked upward at the sky. They were going to try to attempt the summit, they said, but if it was too slippery with new snow, or too cloudy, they would turn back.

"There's flames just ahead of you," I said. "Don't freak out." And I headed down the trail. Maybe most people would care that they didn't make the summit, would be planning a return. If I go back, I might try it again. Or I might climb it the easier way, from Ice Lake. Either way, I'm not holding on to the idea.

It rained for the next two days. Fresh snow showed up. The summit days might be over, but I bet the fire is still burning.