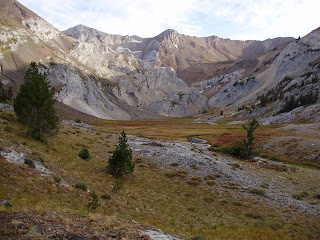 We're under a winter storm warning. I hope all the people in tents up there are prepared. Just last week it was in the seventies. I'm glad I'm in my house, watching the snow, but a part of me wishes I were up at some high lake, watching the world change.
Posted by Mary at 3:27 PM