I rarely go back to the places I've left behind. Like the men I left behind, it seems better to let each landscape fade into amber memory, fuzzy around the edges and somehow perfect in the recalling. The mountains I used to love belong to other seasonal workers now, not me. Going back as a tourist wouldn't be enough; I would want to slip back into the skin of the twenty year old I was. I would start questioning: maybe I should have stayed in that cabin for the winter instead of moving on. Written a novel. Instead of what did happen. And that kind of thinking gets me nowhere. 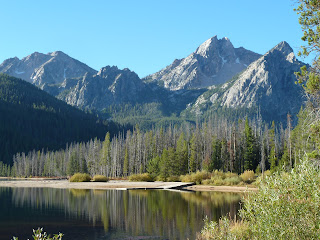 What is now is not what was.

But one place always calls me back, tugs on my heartstrings. It's a little mountain town with a river at its heart. I lived there for five seasons and almost stayed. It was the only place I ever truly loved without reservations. 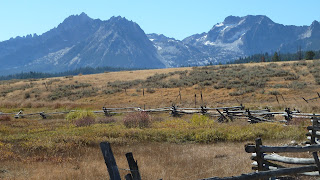 As I hike the familiar trails, I remember it all. There's the rock I sat on for a break one summer, my pack too heavily laden.  The slippery decomposed granite sketchy spot on the way to Goat Lake. There's where I pitched my tent that one moonlit night. There's the overhanging rock that Firefighter Todd took a nap under while I checked a smoldering wildfire. The dirt road I used to run. I remember everything. 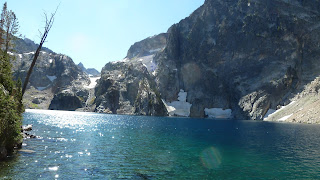 For years this place has been the reason I never stayed put. It was the standard against which I judged every other place. It was the place that I secretly always believed I would return to live. 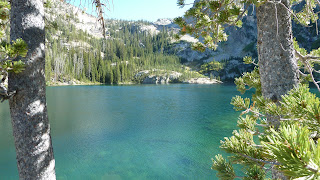 I don't believe that anymore. The winters are too long, the jobs too few. The place stays with me though, as a time in my life that was as close to perfect as it can ever be. I was a wilderness ranger, the best job on the planet. I was in my twenties, no need to think about commitment or tragedy, neither of which would touch me for years. A group of like-minded adventurers shared the bunkhouse, always ready to throw sleeping bags out under the stars or head to the hot springs next to the river. 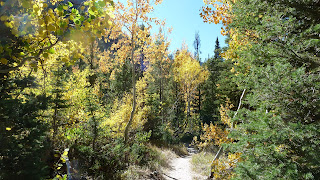 Sometimes it's hard to admit that those days are over.

But they are, and as I drove away from the mountains, my mind a stew of emotions, I realized that a tie to the wandering life has unravelled. That to look back at anything with longing is to not allow room in my heart for what is, not what was. As I dipped over the Snake River and back up the other side, it finally felt like I was coming home. Coming home to a place beautifully flawed, not perfect. A place where I might be able to stay.