Winter looks good on you

Then it began to snow. And snow. And snow. Skiers jumped up and down and yelled unintelligible things. The report is that even the old(er) timers have never seen so much snow in the high country this early. They are already doing turns up there. For our strange juxtaposition of Hells Canyon, dry desert range and mountains,any snow is celebrated. 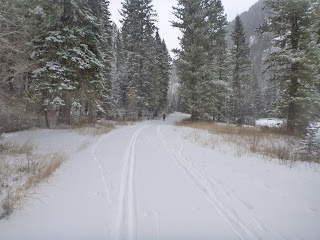 I immediately launched into a cross country skiing frenzy. This is the closest I get to perfection, because it is a exercise that demands everything you have. I love the long unmitigated slogginess of it because I am more into the endurance than the rush. Fighting fire for twenty years gave me enough rush. Now I am all about the long distance. 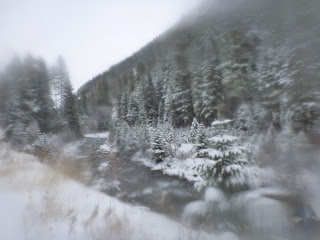 Later I walked to the post office. Snow fell heavily, decorating my hair. One of the postal workers said, "You look like Frosty the Snowman." *Really dude? Isn't Frosty kind of plump?* The other one said, "It looks good on you." 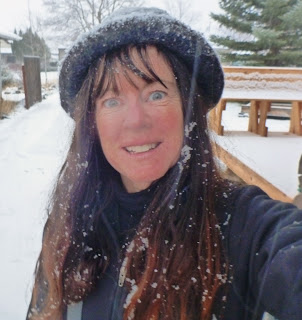 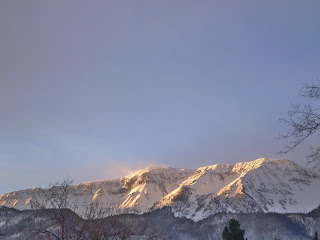 I'm still suffering some sleeplessness, sinusy type headaches and a general yearning for chocolate. My running is slow on the ice. I am living in the past as I finish my fire memoir. (Hey--anyone know a publisher?) But today--sun shines brightly on the peaks that loom over us. It's 22 degrees. Winter is bringing my sparkle back.
Posted by Mary at 1:11 PM