I was deep in snowy woods. The trail had disappeared some time ago. There was only the faint trickle of water and the stillness of a snowbound place.

Should I turn back? I thought, not for the first time, that life would be easier in a different place. In a bigger town, I might be able to find backpacking partners who crave the wilderness as much as I do, who are willing to thrash through fallen trees and posthole through snow, but aren't composed of such an epic cloth that they can't turn around if it all gets too crazy. What has happened to those people, I wondered. In my twenties they were everywhere.

As I hesitated, a group of five day-hiking boys hove into view. They wore shorts and running shoes and carried fly rods, as if they weren't slipping and falling in deep snow. We stood and consulted a little bit. They were from Portland, and had the confidence of the never-been-lost. I would follow their tracks, I thought, and that way I could always follow them back out.

We struggled over fallen trees and pulled our legs out of deep snow holes, but when we reached the last big stream crossing, the boys optimistically headed in a direction I knew was wrong. Here the trail was easier to find, even appearing in small patches, so I stuck to it, climbing over great mounds of snow and toiling past the rocky cliffs.

The lake was shrouded in snow, its surface half frozen. A group of elk eyed me suspiciously before darting into the trees. Where am I going to camp, I thought. It seemed impossible, but so did going back, dragging myself back into the sorrow I had left behind. I walked over to the outlet and a beautiful little campsite appeared, surrounded by snowbanks. Here it is, I thought. Here it is. 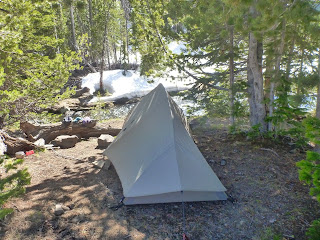 The boys never appeared, perhaps giving up before reaching the lake, and I had it all to myself. Where are all the people, I wondered. It perhaps topped seventy degrees. Snow slowly melted. Time slowed down to a delicious crawl. Toward evening a river otter swam in circles in the thawing lake. 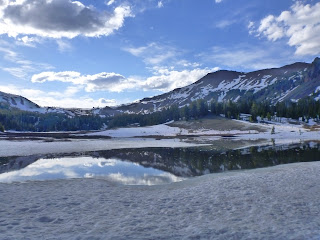 The day I hiked out, there was a celebration of Ken's life. People had taped pictures of him to poster boards, decades of different times in his life. I had never known him as a runner, or a basketball player, or younger than I am now. Just like nobody in this town will ever have known me as a runner, a firefighter, a wilderness ranger. I wouldn't change the way I've lived my life, but there is value in that kind of knowing. Sometimes I feel one-dimensional here, all of the things I have been up until I moved here unknown. At the same time, there is value too in having a blank slate: you can write whatever you want to, unmarred by previous mistakes.

Another work week looms and many days until I can get to the backcountry again. I don't know why this type of travel feeds me, but it does. Maybe it makes up for the travel of my past, the real travel where I threw everything in my Chevette and hauled butt away. I don't really want to do that anymore, despite my occasional gripes. I am bound to this place now, stronger than snow. 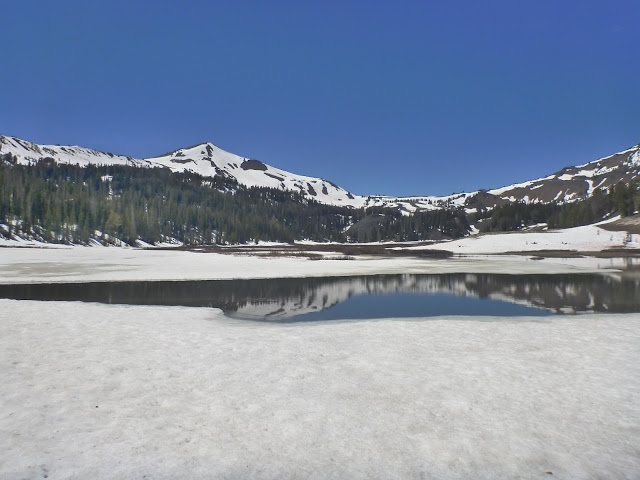