Across town, the kindest person I have ever known is leaving us. I know that it is unselfish to hope that it happens quickly, but in my heart I still expect him to rally the way he did last year, enough so that it was impossible to tell he was even sick. I don't want him to leave and it doesn't make sense. He skied almost every day this winter, skinning up from the parking lot with people decades younger. Surely, I thought, he would beat this.

When I went to see him today, even with not eating for days and the morphine, all of it, he smiled when he saw me and put his arm around me. "Hi!" he said. "I didn't see you there." All I could do was hold his hand for a minute and think how terribly unfair this all is. It's difficult to explain but this man is good down to his bones. You feel it sink into yours and even though this statement is tossed around a lot, he really makes me want to be a better person. He balances out some of the bitter in the world with his sweetness. The world needs him to stay.

I think he is ready to go but the rest of us want to hold on, like a thread that is stretched beyond its limit. It's not even for us. It's because of his enthusiasm for life. I never saw him when he wasn't peaceful and smiling.

It's hard to comprehend how someone who was skiing a couple of months ago is facing the end now. You want to believe that as outdoors people, as athletes after a fashion, that you are putting time in the bank. You aren't the Pepsi swilling, corn-dog eating couch sitting people, and I realize this sounds judgmental and wrong, but I am in a place where I can't help it. The world is so profoundly unfair that it takes my breath away.

I stare at a pile of gear for a river trip this weekend and can't pack. I can barely move. It is a heartbreakingly beautiful day and I know I have just said goodbye. 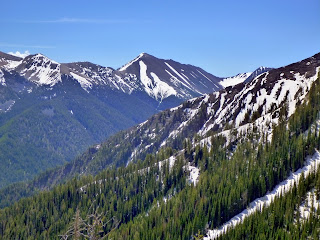 All you can do is walk it off and so I did, climbing on the hardest trail there is until the snow turned me back. After all it's a beautiful world and you only get so much time in it, some of us less than others. I want to be able to accept this with grace, but right now I can't imagine a world without him in it. 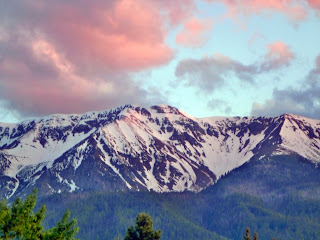