I've done some flying lately with more to come. Two trips in April, two in May, two in June and one in July SO FAR. Most of the time it seems to go smoothly, until it doesn't. You know, when your 6:00 am flight gets cancelled at midnight and you are on hold to the airline for an hour, and then they tell you it will be two days before you can leave because all the flights are full. TWO DAYS?! I don't have two days! I have to fly again in five days and I haven't made that reservation yet and I have huge work deadlines and.... 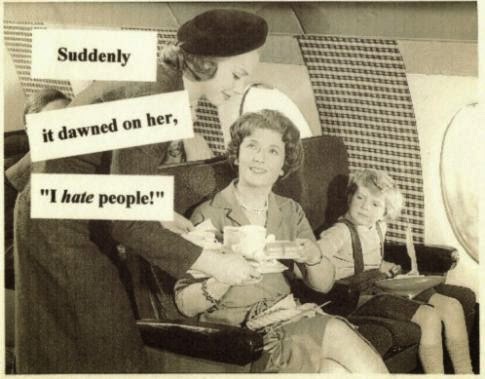 Okay. It's time to take a big bite of a calm-down sandwich.

In Alaska, we were always getting stuck. Stuck at high lakes, the floatplane circling overhead, Mark's voice on the radio: "Sorry, can't land. Have a good night!" Stuck sleeping on a rock because we had already paddled our kayaks to a pick-up spot and it was too far to paddle back. Stuck in Anchorage instead of Wrangell, flying back to Seattle when we had just come from there, overflying Sitka at the last minute. Stuck for days on a rainy coast with gale winds. Stuck, talking on the satellite phone trying to describe miles of rough country to our co-workers who had to leave their lake and hike down to salt water to be picked up by boat instead. Stuck, one glorious time, at a cabin with a hot springs and a box of wine a camper had left behind.


You just had to get over yourself. The weather didn't care if you had important plans. The pilot wasn't going to land in squirrely winds and you didn't want him to anyway. If you had to fly to Juneau instead to take a commercial flight back, you just had to figure out all your dry bags and your rifle in order to board that plane with all the tourists. If you couldn't calm the heck down, you might die. Someone did, someone I didn't know but who worked on the same forest, hurrying to escape the unforgiving wet cold, slipping as he ran towards the helicopter on the side of a mountain.

Once when we were stuck out and foraging for Chicken of the Woods mushrooms to eat, the men in the party agitated for hiking out. I had to talk them down. We only had a map of the lake where we were, not the many miles we would have to cover. It was worth waiting it out, and we did. Sometimes this process took days.

You got used to it. It kind of made you a better person.

It's a little harder here. Life has sped up since I left Alaska. There we were subject to the tides and the wind and the rain. You couldn't bully your way in. You just had to wait until the place let you pass. There were plenty of stories of people who had not learned that lesson. Here I forget that. It's good to remember.

Travel! People with alleged carry-ons trying to stuff them in overhead bins! No exercise! Stuffy planes! People who should have learned how to line up in kindergarten, but apparently didn't! Delta Airlines! How do you reach your travel zen point?