In which I stay home, worry about being evacuated, panic pack, and realize I should have just gone to the mountains.

I look up and down my street, cataloging the neighbors. They don't seem to go anywhere. How can people stay home? The summer here is so short--about six weeks--and if I don't get into the mountains, get up as high as I can, I feel like I've wasted two days. The weight of a work week of computer tapping settles heavy. Must go. Must do everything.

But this weekend was different. I had to stay around, for a number of reasons, so I tried to make the best of it. I packed my two resupply boxes for the PCT, recalling that vaguely ill sensation you get when you buy too many snacks and start eating them for regular meals. Trail mix...ugghhhh...I stared in disbelief at the scale. My backpack, how can it weigh so much? THIRTY POUNDS?  I know it's because I am carrying two dinners for three people and food for five days on the trail, but it still seems like a lot (which makes me laugh because back in my wilderness ranger days, I would have skipped along with a pack forty pounds lighter than the one I was accustomed to carrying). I panic packed and unpacked several times. Did I really need a warm hat? Gloves? In the end, scarred from last year's freezing march toward Canada, I shoved everything back in.


I kayaked on the lake, trying to ignore the rising column from a fire near the A frame. Complacency had happened and most of the firefighters were sent on to another fire. The fire broke out and made a run for freedom, creating an impressive show above Mount Joseph. We tugged sprinklers around, about 2 miles from the fire front, wondering if we would have to get out, and if so, what we would take. The wind shift came in time for the fire to turn, although people speculated up and down the road. The fire moved deep into the heart of the wilderness. 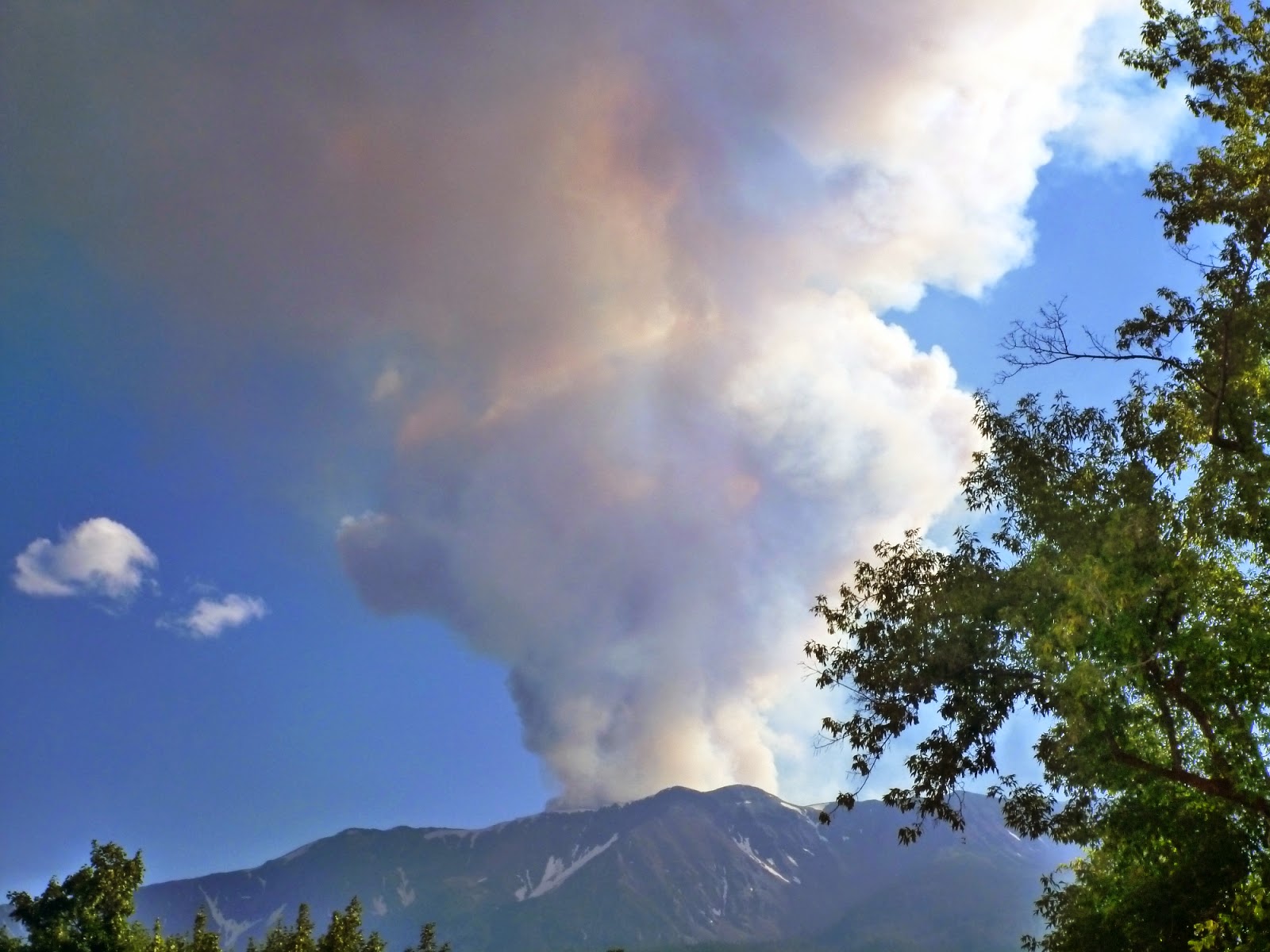 Staying around? Don't like it so much. There's plenty of time in winter to sit in the house, to visit with friends, to read. As I sat back down at my computer on Monday it was with a sigh of resignation. Yes, the house was cleaner. Yes, I had done all the chores I had been ignoring. But a perfect weekend had gone by without jumping in a mountain lake. I won't make that mistake again.