Sometimes the hardest hike is the shortest. On July 6, I walked up the steep trail toward my friend's cross. Right behind me was Roger's dad, and I figured that if he could do it at 81, I could too, even though my eyes were blurry. 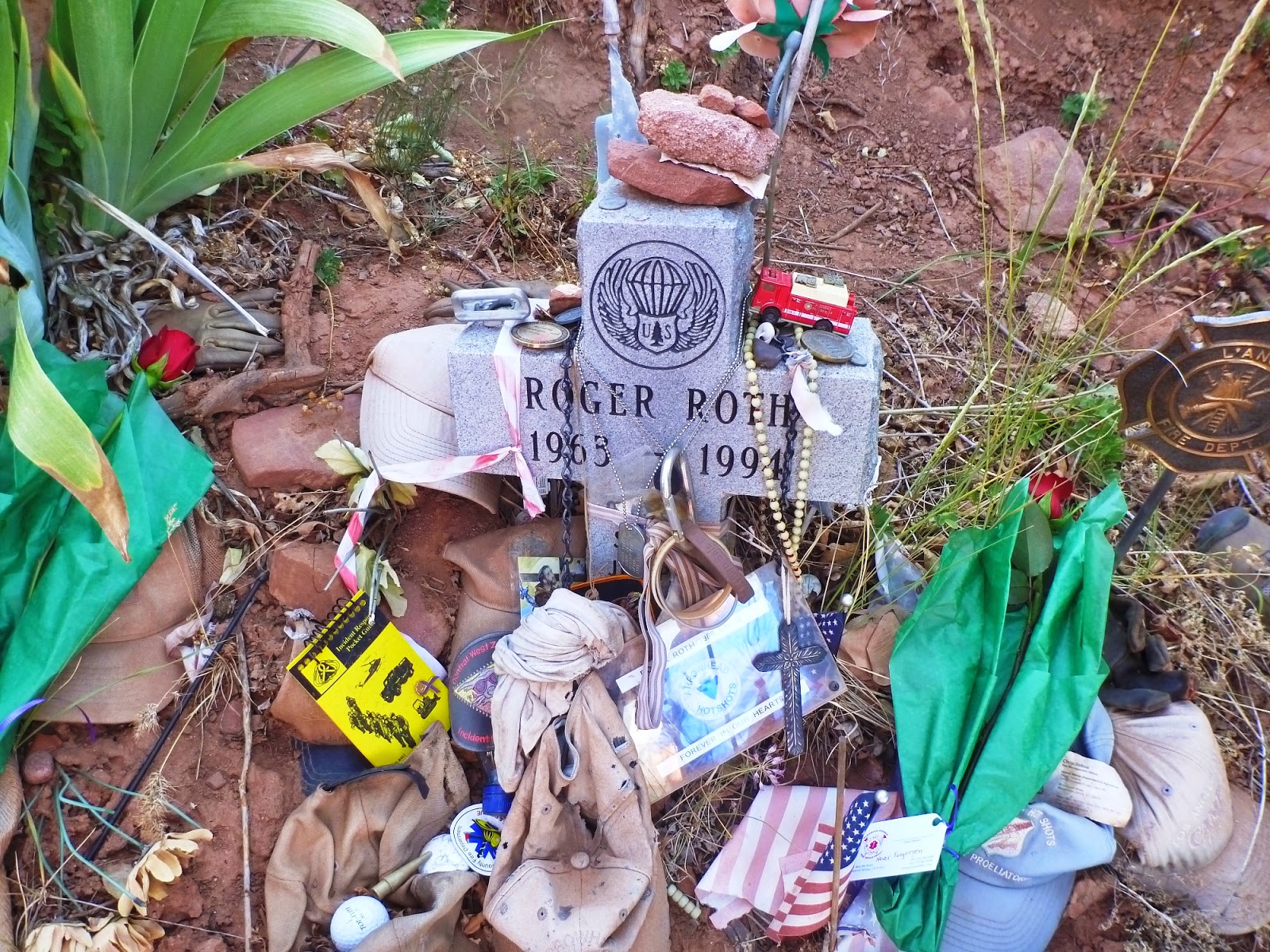 Hiking and crying, I haven't done that in awhile. But this was a sacred place, Storm King Mountain, and each step on the dusty trail reminded me of what had happened twenty years before. Fourteen firefighters, trapped in a  firestorm, in a race they could not win. Roger's brother Jim has run the distance from the cross to the ridge and he says that all Roger needed was another forty-five seconds. So little time, a few beats of the heart. 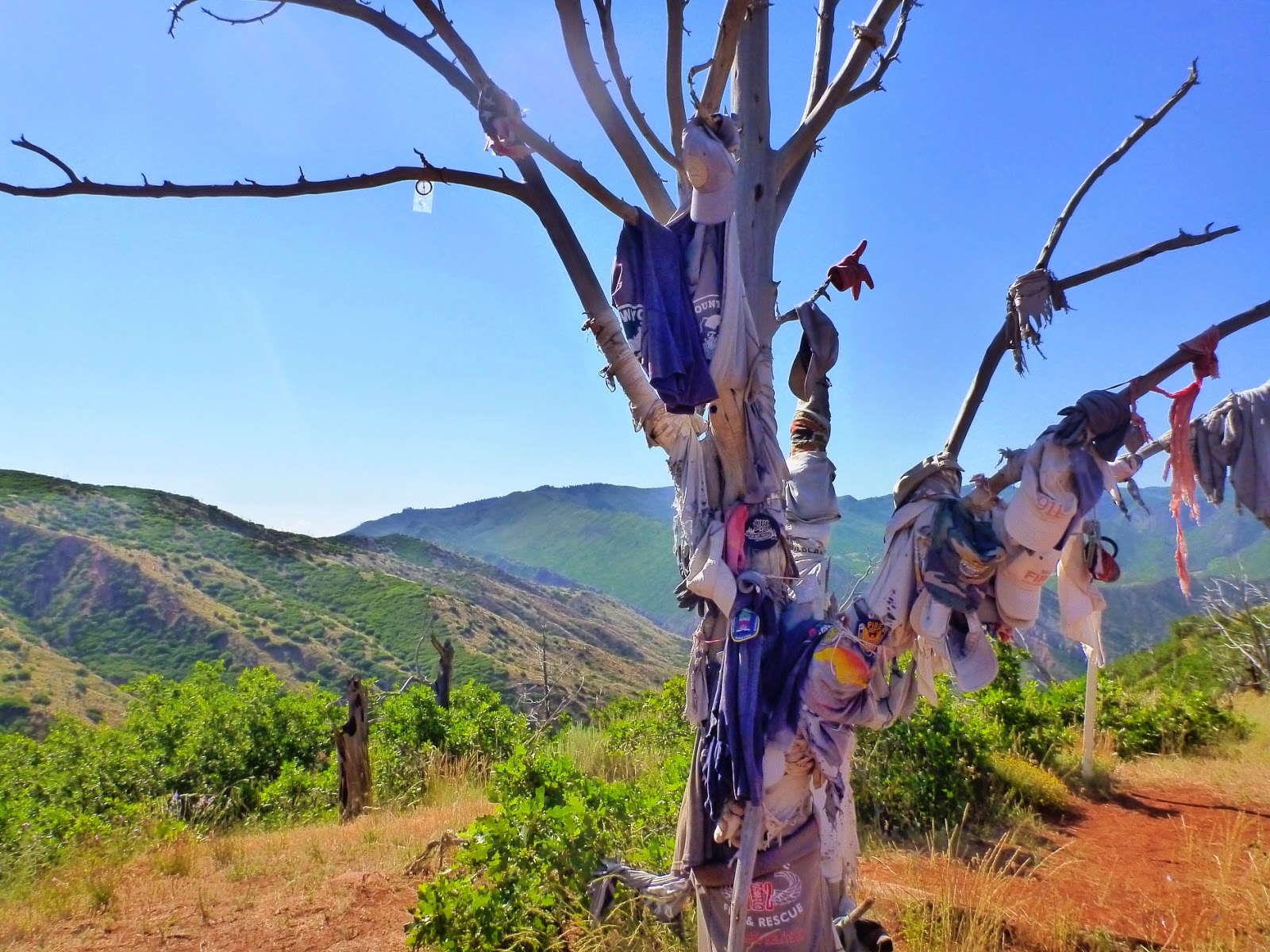 Today wasn't about making miles or being fast. It wasn't about adventure. It was about the families, and the bond they have with the mountain, with the town, and with each other. There was a four year old kid marching up the trail, and Roger's 81 year old father, fueled by love and determination. I admire them all, the families, how do they do it? How do they even go on?

I've had other friends die in other ways, and I've mourned them, but this is different. If you've ever fought fire you know why. There's a bond there too, some kind of invisible rope you can't get from any other thing, except maybe combat. You'll never be closer to anyone than someone you walked a fire line with. That's just the way it is. Maybe that's why it has been so hard to give it up.


The next day I hiked solo in the desert, in Colorado National Monument. I was the only fool out there at 93 degrees under a blazing sun, but the desert has a way of reducing things down to the bone, of filling you up when you feel hollow. I needed to walk the trails, this time at my own pace. 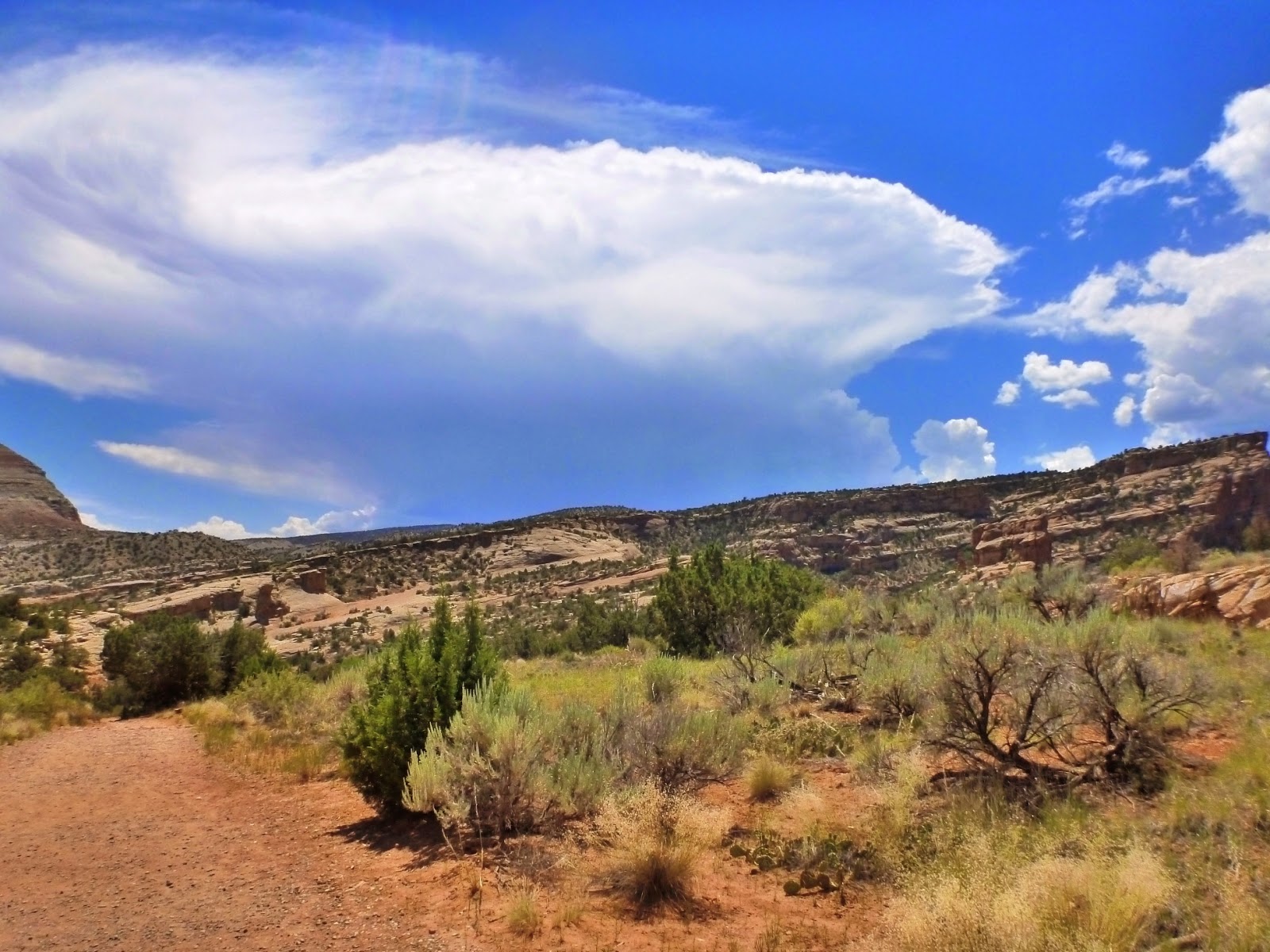 I'm supposed to be a writer but I can't find the words. This is the future that the families and friends of the Yarnell 19 have to face. This is something so big and awful that twenty years can't erase the pain. Time doesn't heal. It really doesn't. You just go on. You just hike the trail in your own way and hope for the best.
Posted by Mary at 3:10 PM