The man lifting weights in street clothes peered at me as I grimly worked through another set (in case I haven't mentioned enough times, I really hate lifting weights. But upper body strength is important! Go do a pushup! Back? Okay. I'll go on...)

"Are you training for an event?" he asked. "Because I saw you running at the lake, and then once when I was in here you were on the elliptical for a LONG TIME."

In a small town, people know what you do with your time. I notice too, and what I've found to be true is that the happiest people are those who have a "Thing." This is something they love to do, but doesn't cross the line into obsession (see: Ex- Husband, also Guns). It's the thing that makes them jump up and down (powder snow, skiing) and brings them a level of contentment that I haven't found in people without Things. It doesn't have to be athletic, although I think it helps to move. Your Thing could be knitting. It doesn't matter. People are just more interesting when they have a sparkle.

"You look really good, you can tell when a person spends time in the outdoors," someone else said to me this week. I've found that to be true too. I envy the wrinkle-free faces of my more sedentary counterparts, but I wouldn't trade my days under a big sky for theirs.

That being said, it's fall here, and Type II fun is more frequent. * Soon my main Thing, long distance hiking, will go away for the season, and nothing really replaces it in my heart. So I've pushed the season a little, trudging through torrential rain, and, this week, ignoring an instinct. Let me explain.

I have to work, as I've bemoaned here in the past, so I feverishly worked as many hours as I could possibly arrange so that I could leave at one pm on Thursday and race back in time to check work email on Friday morning. My destination, Chimney Lake, a much-loved piece of water only five miles up the trail. There can't be that many people staying overnight on a Thursday, I reasoned, and was bolstered by the report some Crocs-wearing backpackers ("we're trendsetters! In ten years everyone is going to be backpacking in Crocs!") gave out: "Oh, there's one group at the lake."

One group, no problem! SIX groups, big problem!  I grumpily checked all the hidey-holes I knew of, only to find tents occupying all the good real estate. I don't know what's up with the Wallowas, but all of us locals have noticed way, way more people here this year. I gloomily contemplated squatting in one of the beat-out horse sites far below the lake, but that didn't sound appealing. Over the pass two miles away lay a sweet lake named Hobo, in the alpine, with very few trees to block the wind (foreshadowing here). I would go on, I thought, but felt uneasy. Something just didn't seem right about this decision.

However, Hobo was just as sweet and sparkly as ever, with nobody around. I even got in a (chilly) swim. I set up my wind-phobic (more foreshadowing) tent and prepared for a nice starry night. 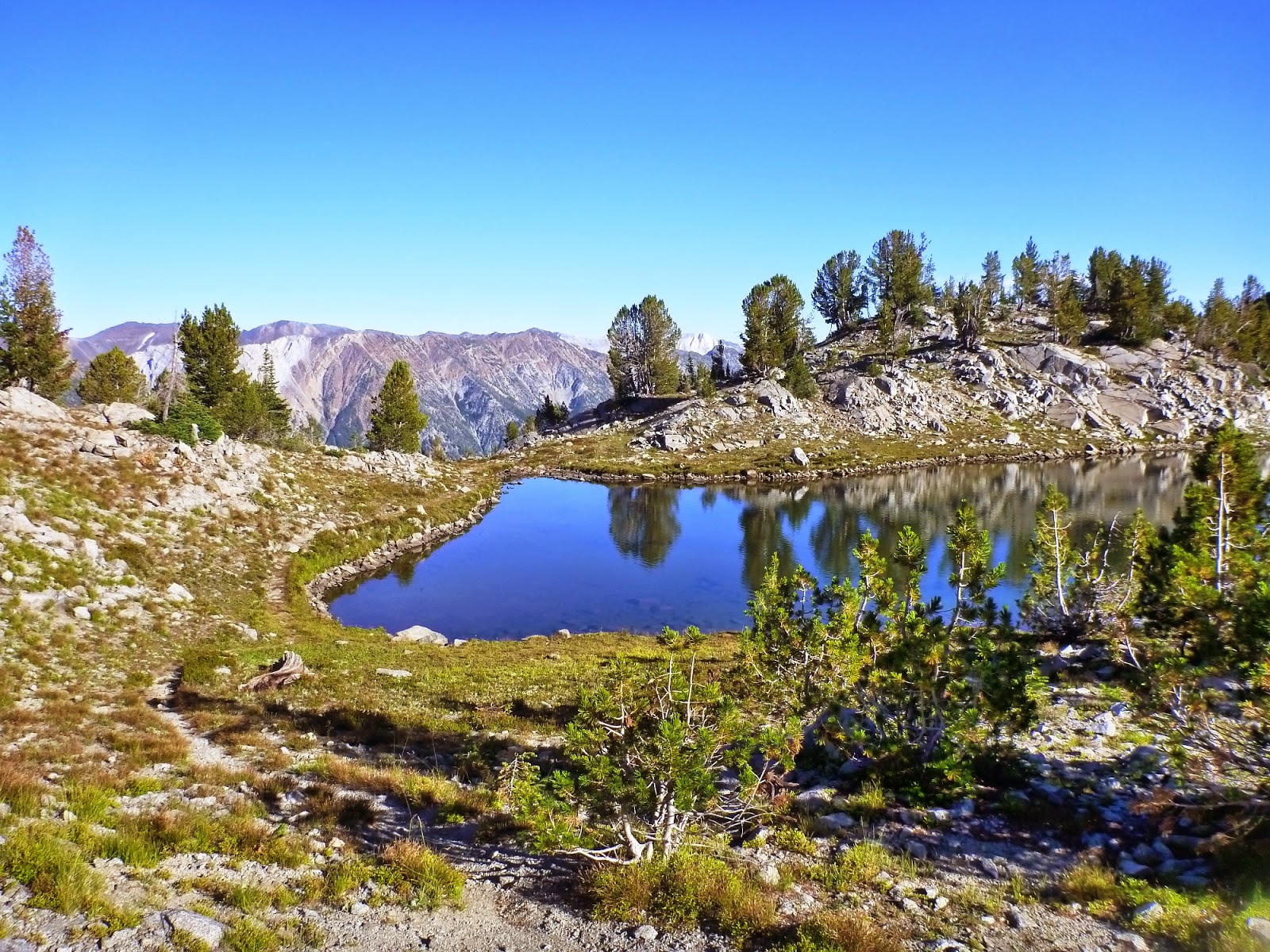 Until the wind came. It howled down from the saddle at about forty miles an hour. My tent flapped in a way that was about to drive me insane, so I collapsed it and cowboy camped, but even then, the wind was unrelenting. I looked at my watch. I could lie here sleepless, or just hike. It was four in the morning. I would hike. In the dark. With a headlamp.

There's something about hiking by headlamp and slice of moon that is both disturbing and wonderful. You can imagine creatures lurking in the shadows waiting to pounce as you follow a circle of light. Once you do it, you realize how little there is to fear.

I arrived at the trailhead at just after seven. There was plenty of time to get back to work, to slog through another day of bureaucracy. These tiny adventures feed the dragon, for now. Pretty soon it won't be enough and changes will come. Until then, Gym Guy will see me training for the event called life.

What is your Thing? Do you have more than one?

*Type II fun: An adventure that contains  elements of misery that might not seem as fun at the time.
Posted by Mary at 1:23 PM