Years ago, when I was a different person: We paddled through air thick enough to taste, the combined smell of kelp and salt mixing with low-lying fog until it was a musky soup. There were five of us in long fiberglass kayaks, following Eric the instructor on a compass bearing. Town had been swallowed by fog and we drifted in the wide sea.

As we moved like ghosts, the only sound the dip of our paddles and the distant clang of the Eastern Channel buoy, Eric showed us the paddler's box. The box isn't a real one; it's an imaginary set of lines where you keep your body as you paddle. You can always tell who has learned this and who has not. In the paddler's box, you flow in an unceasing rhythm; no flailing arms. You are part of your boat.

There are some things you can't forget, and I have never forgotten the paddler's box. I miss the sea and the little islands, the otters and the whales, the limitless possibilities of escape from a rain-soaked island and all of my bad choices. Paddling in Alaska kept me sane. I don't need to escape now, but I still kayak, though it is limited now to the lake. It's better than nothing, I tell myself, as I launch on a pane of glass, unspoiled by later motorboats.

People don't stir that early here, except for the ranchers, who are off doing important rancher things, no time for self-indulgent exercise in a pink boat. It's nearly as good as the Gulf, not quite, but I will take it. I circumnavigate the whole lake, past the summer homes, past the invisible line where I swim when it is warmer. It takes about two hours, and I don't wear a dry suit, don't carry a beacon.

Eric shot himself on one of those fall days when the rain seems interminable and the waves kept us on the beach. Like all tragedies, it lacks definition, cannot be placed in a neat box. The rest of us kept kayaking, wondering, remembering his lessons.

It is a day far from the rainy isolation of Alaska as I round the shore for home. It's familiar, and I still struggle with the familiar=boring. I suspect I always will, though I've learned to appreciate learned surroundings more, the longer I stay here. 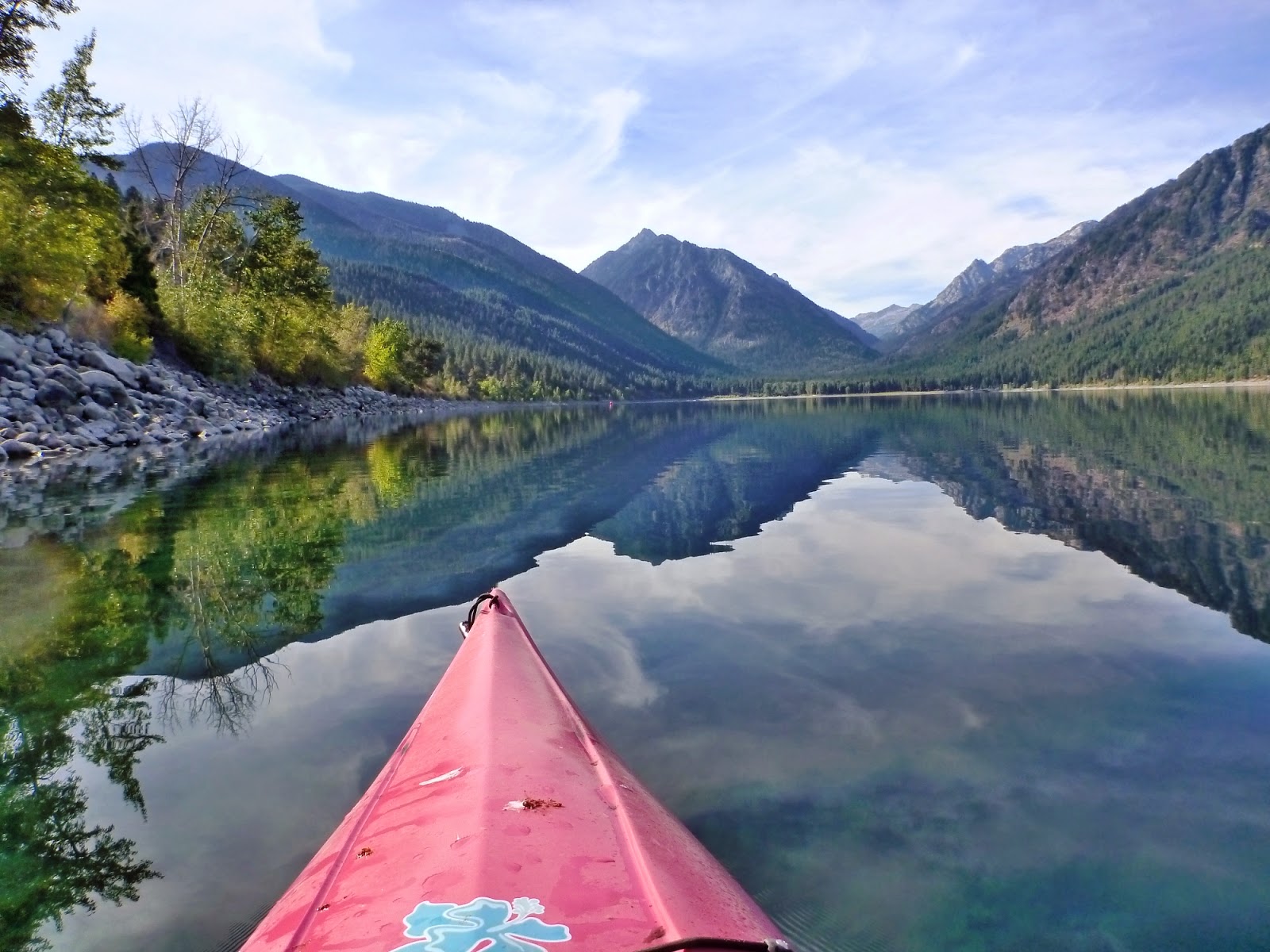