Just me (and a few gutpiles)

It's fall now, no denying it, and the backpackers have disappeared. Where are they? Probably at home, doing other stuff. After all, it gets dark way early now. It snows, sometimes. You have to totally abandon the ultra light idea and go heavyweight, with down booties, a real tent, snow stakes.

Which reminds me! Guess what, guys! If you've been reading this blog for awhile, you know that I am a habitual gear forgetter. But I haven't forgotten anything in a long time. Until my Elkhorn Crest trip, where I forgot my spork. "Darn," I groaned, looking around for a stick to carve. But then my eyes lit upon...my REI snow stake! Guess what, it's perfect! Kind of like a big chopstick! So the uses I have identified for this item now are: emergency eating utensil, cat hole digging implement, vampire killer, and, I guess, staking your tent.

Digression alert! But back to the empty woods. They're not quite empty. This week I hiked to Ice Lake, a place that gets hammered in summer. Sitting by the lake, I mused: I'm all alone here. Then two shots rang out from the basin below. All alone except for a gutpile, actually.

The hunters here don't camp much. They silently appear from the bushes in camo when I least expect them. They regard me curiously. "Going for a day hike?" one asked as I hiked uphill with a pack of hugeness, full of four liters of water for a dry camp. If that's my day pack, I thought to myself, I'd hate to see my overnight one. But they're all very nice, and don't seem to shoot wildly, unlike other states I've hiked in (I'm looking at you, Idaho). You know, if people make the effort to hike, I have to appreciate that, even if they are out there for other reasons than I am.

The animals have vanished too. It's like they know. And there's just a different feeling out there now. You can't swim in the lakes anymore unless you like hypothermia. You have to hike in pants. And  you know, you just know, that snow is around the corner. 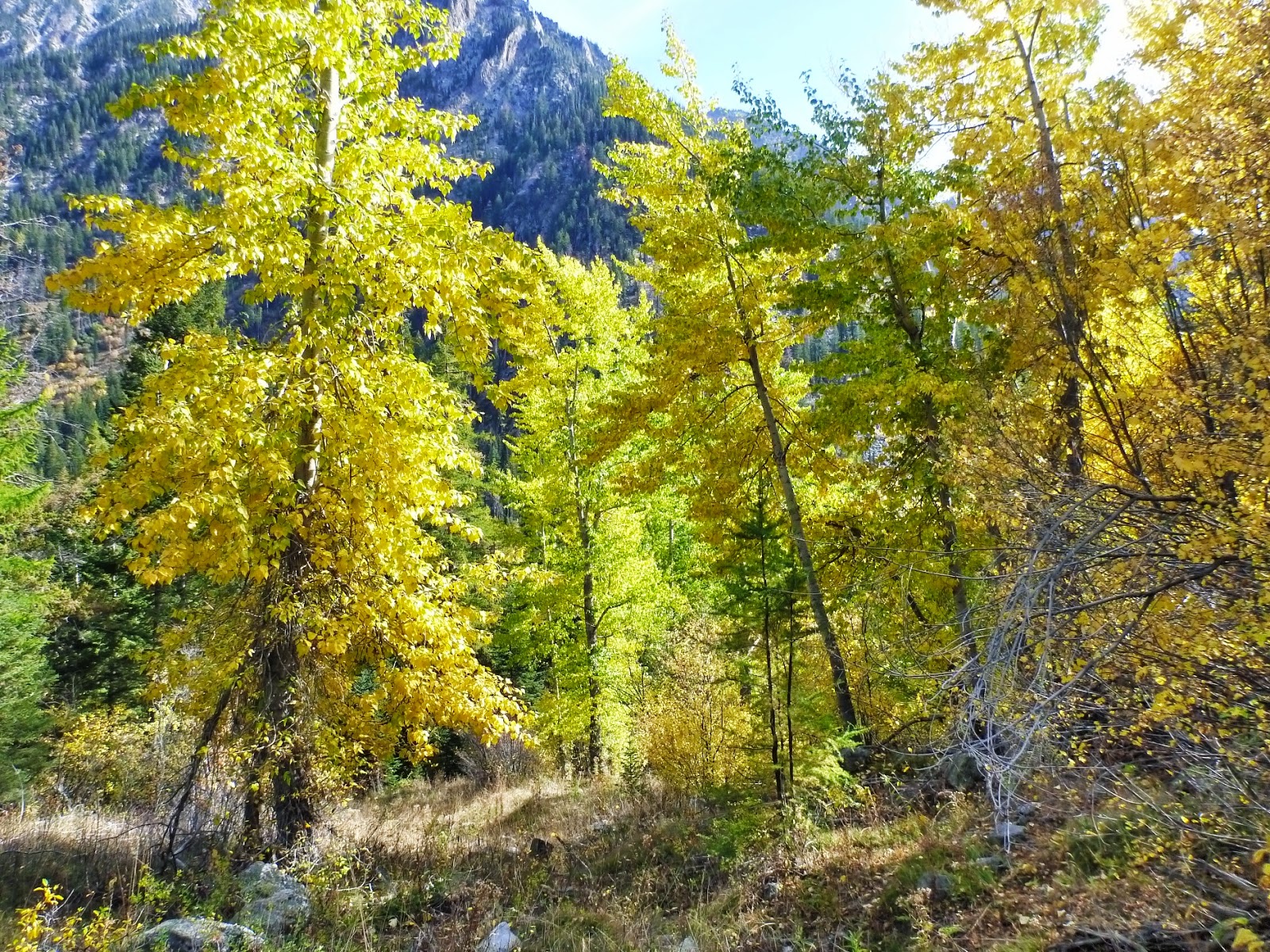 The skiers are running around all wild-eyed, even though they know that a full snow cover won't be possible for months. Us backpackers don't get a lot of sympathy, because the skiers have suffered through an impossibly warm and dry summer that came pretty early.

I'm still hoping to get a couple more nights out before winter sets in (I'm up to #44). I'll snuggle in my zero bag, with snow stake in hand, a good book to read, and hours to go before daylight. It's hibernation camping, and it's all right.