Men in the woods

The pudgy hunters trudged up the slope, looking winded. "Looking for deer?" my hiking partner called. "The four-legged kind," the leader of the pack responded with a wink.

Standing a little too close to her to "point out our route", he said, "You two are the best looking things we've seen out here!"

As soon as it would not be considered rude, we hiked on. I thought: a lonely hunter, thinking he is funnier and more handsome than he really is. Harmless. Happens every day.

Hours later I sat with my hiking partner at camp. We were the only ones at this "seldom visited" (according to our slightly inaccurate guidebook) lake. The hunters were far from my mind when she expressed a concern that they might show up. We had told them where we were going, after all. "They could never make it here, and they would have to use headlamps," I said, but I wondered. This isn't the first time I've noticed a fear of people in the woods from other companions that I don't share.

Two years ago a friendly man gave my friends and me directions to a "hidden cabin". I was ahead of my hiking buddies and they saw him walking out of the trail but no sign of me (he was already on his way out when I hiked in, but they didn't know that). "We thought you were murdered!" they joked (I think), but I was left with the impression that they thought hiking in alone was a bad choice. In other conversations I've had with friends, they seem way more worried about men in the woods than I do.

In the real world, I'm not always a trusting person. I've been burned often enough to know that many people operate in their own self-interest. The world is all about them, and you are only a moon circling their planet. I do not linger in places where wilderness and civilization meet. But in wilderness? I have the perhaps bad habit of thinking that all people are good. As if being outside in the trees somehow paints everyone with a magic brush, covering up all of their flaws and potential deviousness.

I would hate to start thinking otherwise. The wilderness is one place where I can let my guard down, at least with people. We stand on the trails, sharing maps and information about the route to come. Sometimes we meet as kindred souls and camp together for many nights. People have given me camp fuel, a stove, and cookies. They've shown me really, really cool lakes and routes I never would have tried otherwise. Other times we become friendly for life, such as a chance encounter on Mount Thielsen with another climber. I don't want to scurry through the woods the way I think I sometimes scurry through life, looking out for intruders.

I've been through enough that I won't ever adopt the Pollyanna, Facebook poster mentality of "everyone's so wonderful". I know differently. I still hide my camp when I'm alone, and I don't usually tell other people where I plan to go. I don't pack a gun on a hike with four other friends like some women do, but I do carry bear spray (much more effective and less life-changing). But I will always be more afraid of bears than of people in the wilderness. Do murderers backpack? Probably. But the chances are slim. I want to believe otherwise, and so I do.

I think I sometimes have this at night instead: 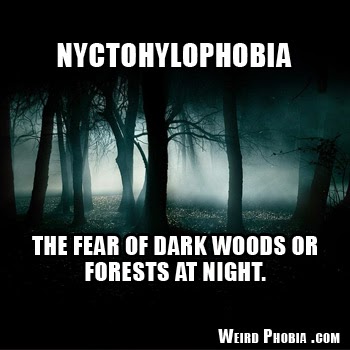