There are more mountain goats than people on the Elkhorn Crest Trail. We hiked in glorious solitude at 8,000 feet, only encountering a few lonely deer hunters and a phone from which you could apparently call God (no answer, alas). 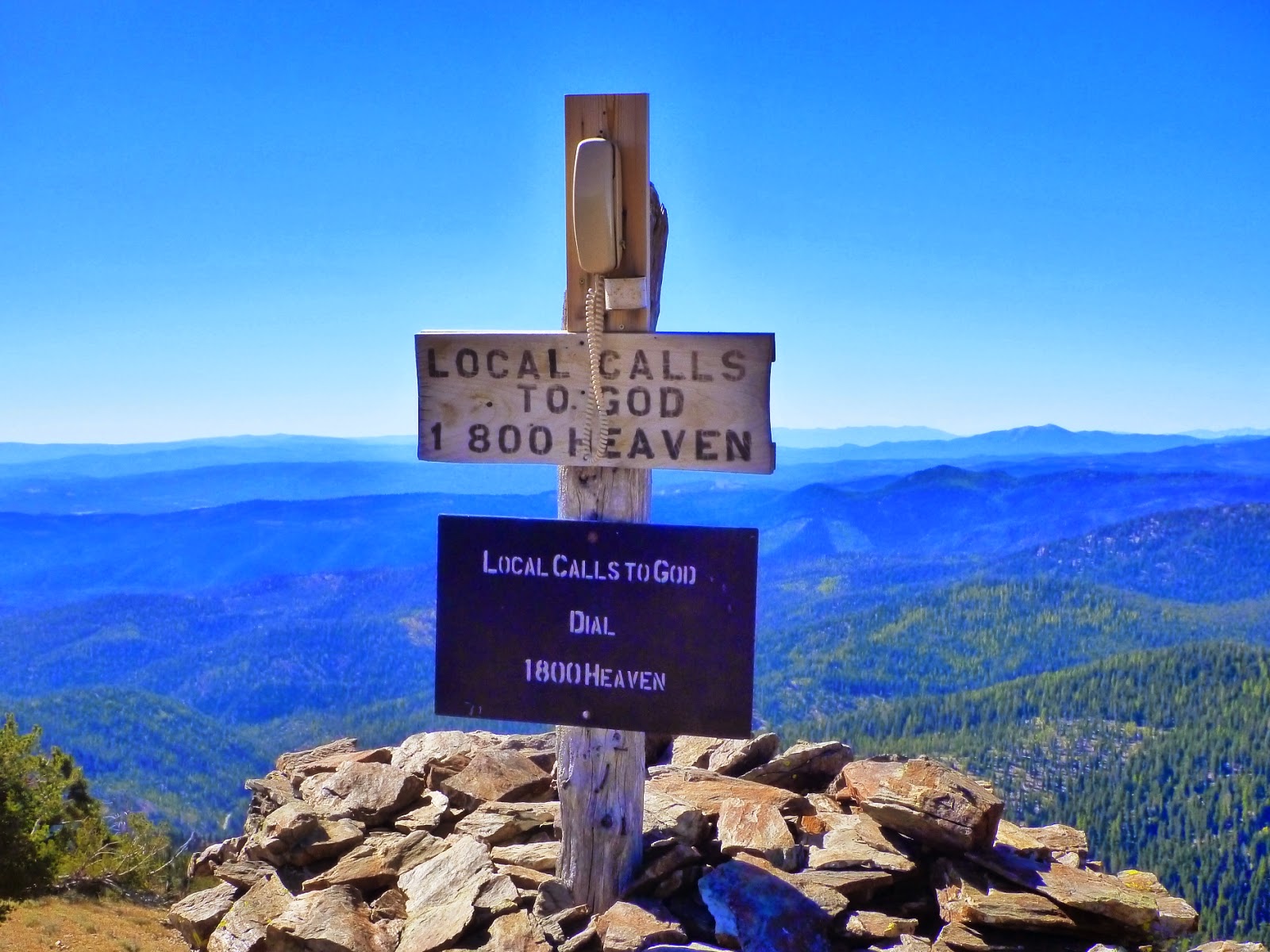 For some reason summer returned this weekend, and we caged a shuttle from only a slightly put out friend to Marble Pass (near Baker City, Oregon). From here the trail rollercoasters along for 23 miles and ends at the Anthony Lakes ski area. We started late on day one, so only hiked four miles to the junction with Twin Lakes, which we reached by a steep mile long trail. There's only one water source along the entire Crest Trail, so most hikers drop off the top to camp at the lakes along the way. 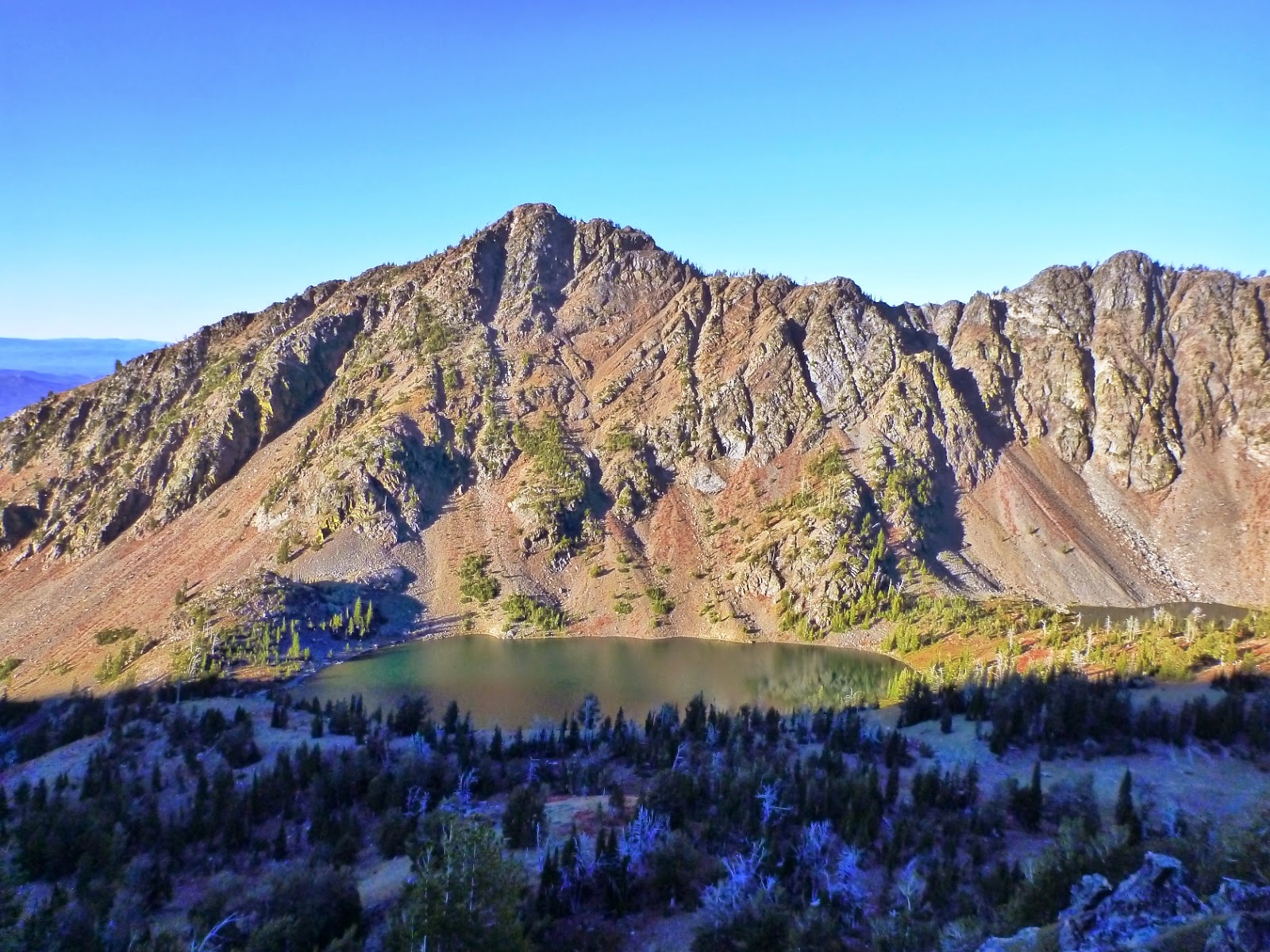 The next day we hiked about 13 miles, taking a side trip to camp at Summit Lake, once again the only people in the entire place. Along the way we passed more goats, more lonely hunters, and big views from saddles and passes.

I finally have met my match with early rising, when before six the next day I peeked out from my tent to see my companion's headlamp in motion. We quickly hiked the last twelve miles, passing above beautiful Lost Lake and through a gap in the rocks called Nip and Tuck Pass. In total we hiked 28 miles, most of it completely alone.

Above Lost Lake we fantasized about calling in sick and staying out one more day. But as all thru hikers know, the trail ends one day and you go back to "real" life. Our trail was 23 miles, not 2,660, but we still felt like we had accomplished something as we stuffed our faces with pepperoni and crackers on the drive home.

The Elkhorn Crest trail can be reached by many side trails. The drive up to Marble Pass is, in one word, awful. The better approach would be to drive up another route (from Phillips Reservoir). There's not a lot of info on this trail, but if you google it you will find some older trip reports. It's definitely worth the effort. Bring enough water capacity for three liters, maybe more in summer, although snow lingers for a long time up here.
Posted by Mary at 7:47 PM