A Boy and His Snow Bike

It was the weekend, finally, but I was mired in the start of winter blues. Not enough snow to ski, but too deep to reach the lakes, bitter cold, ice, horrific wind. "Let's go up the backside of Mount Howard," J said. "I'll ride my fat bike and you can hike."

Captain Crankypants made an appearance. "I don't know if that will be enough exercise," I whined. I know, I can be really annoying. Pity the fool who married me.

But in the end I went, having no better ideas and wanting to spend time with J (see, I do have redeeming qualities). The road up Mount Howard winds steeply into the sky, eventually culminating at about 7,000 feet. You can get there by gondola in the summer. In winter, the road is unplowed and generally deserted, as it is a major slog. 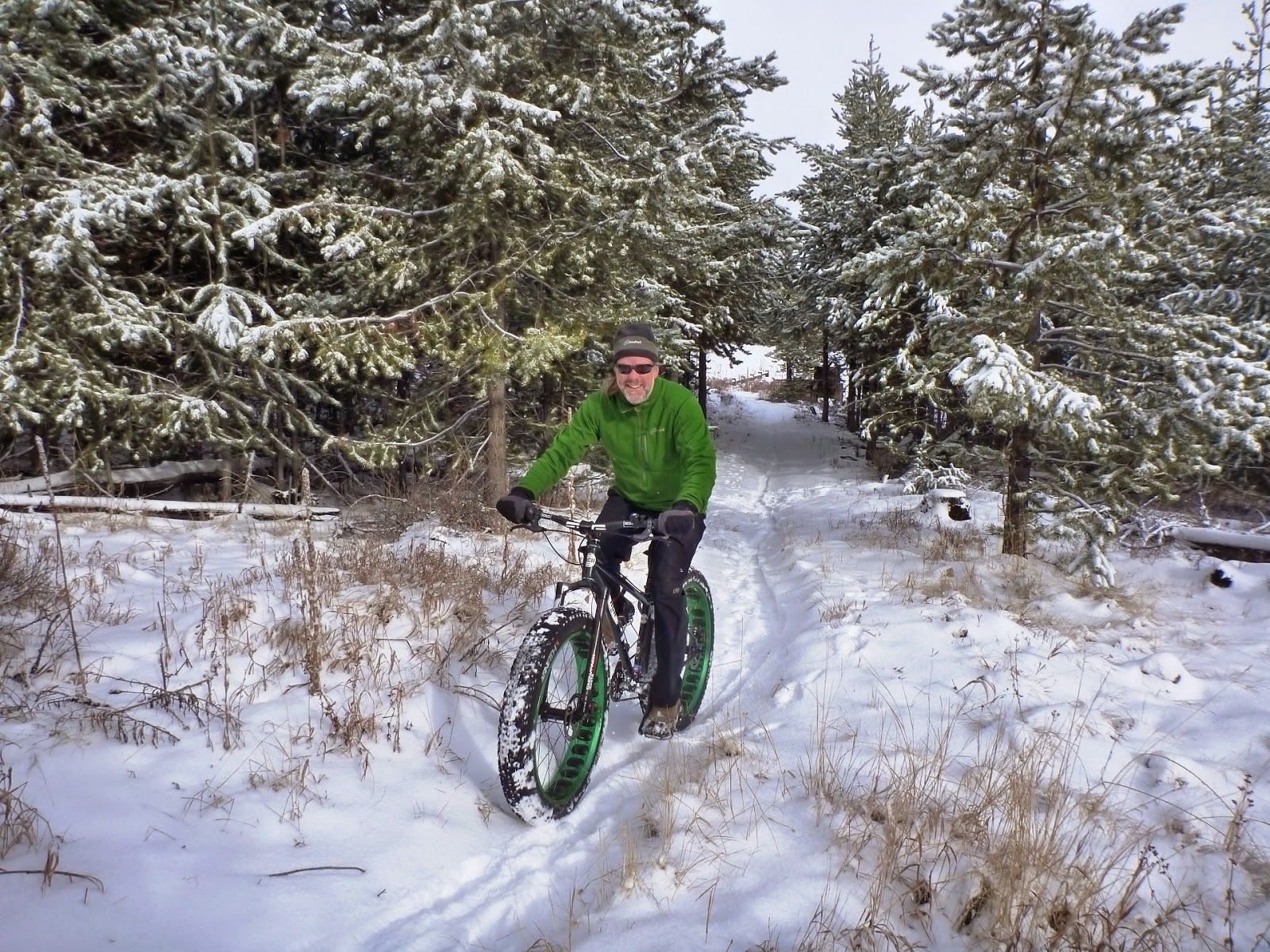 This is J's first winter with his hand-built snow bike. It's the first one in the county and a lot of people have never heard of this kind of bike. He hopes to start a trend. Even though the snow was deep and I could almost keep up on the hills while he rode, he was smiling the whole time and refused to turn around, even when he had to hike a bike.

Spoiler alert: we didn't make it to the top of the mountain. Not so much of a spoiler: I really, really wanted to. But we would have needed snowshoes, camping gear, and all sorts of stuff we didn't have. It's always a little hard for me to transition to day adventures instead of overnight. They seem so...short. And hurried.

But...because I only do day trips, I have time to write, and time to catch up with friends, and time to make bread. Those things might not be as exciting as backpacking in the alpine, but they provide a balance. If I could backpack all year round, would I get sick of it? I guess I will never know.

J had a great day on his bike. He is in love with it, so much so that it lives in the main room of the cabin. The fat tires do add interest to the room, so I haven't complained...much. As we drove down from the trailhead, I noticed an uncontrollable fit of giggling.

I've married someone the opposite season as me. But seeing how much he loves winter makes me like it too, most of the time.

A couple things:  People! Those in the know: Hiking in the northern Sierra, when can I avoid massive clouds of mosquitoes? Do I have to wait until August?

Also, if you want to know more about what I am writing, the book coming out and the next one, I keep most of that stuff on here: Check it out!