If you know what swamping is, you have probably done it. And you know that it is not an easy task, none of the glory of the sawyer, though part of your job besides throwing limbs and bucked up trees off the trail in the sawyer's wake is to look out for him (I've never seen a female sawyer on a fire or trail crew) and make sure that tree he is cutting doesn't fall the wrong way. For the record, of all the jobs I've done, trail crew with "traditional" (non-motorized) tools is the hardest job on the planet, but swamping ranks right up there. You wade through a mess of cut stuff, trying to punch it off the trail into places where there isn't room for it. You have to keep up with the sawyer and gauge just how close you can get to the saw to be helpful and remove cut stuff that he can trip on, but far enough away that you aren't endangering yourself or the whole operation. You have to tote the extra saw gas, oil, saw fixing stuff, and the sawyer's puffy jacket (or whatever else he wants you to carry). See? Not easy.

We backpacked to the nordic ski hut this weekend, dragging our stuff up the Hill of Death. I had imagined a lazy afternoon of reading by the wood stove, but J had other ideas. He was going to cut out a path to where the skiers started skinning up the mountain, and I was going to swamp!

Yippee, I thought. It was snowing. But then I thought of all the people who use trails and never once pick up a tool to help maintain them. I don't know who they think does the work, the Trail Fairy? Yes, you pay taxes, but Congress decides where the money goes and it's not to the forest service. The least I could do was give a Saturday to the cause, even though I've spent most of my life swinging a tool. Isn't it time to let someone else do this, I wondered, as snow drifted down my fleece jacket. The problem is, nobody else is interested, not younger people anyway. All of the volunteer work parties I've led, and the ones I've seen, are people my age and older.

Swamping in the snow adds a new level of delight to the activity. You forgot about winter, so your socks are thin, and your feet are cold. Everything is covered in white. In no time everything is drenched. In two hours we might have gone a mile.

We trooped back to the cabin to warm up. During the night, snow fell unforecasted, so that when we stepped out to re-tarp the outhouse (yet another thankless task, but necessary), our feet sank in about a foot of new snow. There's no denying it: this snow will stay until June, maybe July. 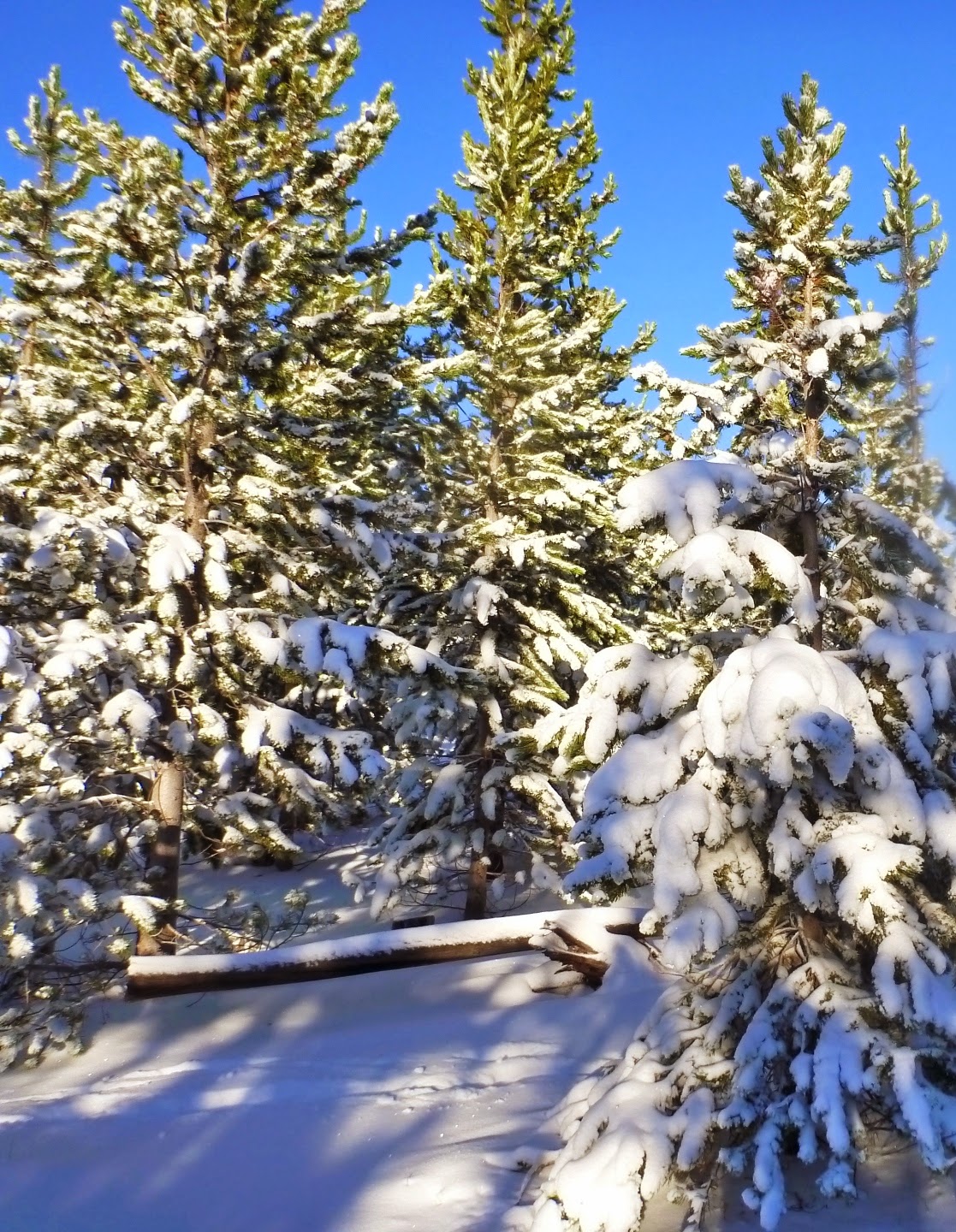 There's a ton more swamping to do, but it will be on snowshoes.
Posted by Mary at 11:32 AM