The last one to Sky Lake

"I should go to Hells Canyon this weekend," I declared. Pretty soon the road to the lookout would be snowed in, and I had never hiked down into the canyon from there. Also? The temperatures would be about 60 degrees or more lower in the canyon. The poison ivy has died back. Then J had to bring something up:

"It's opening day of elk season." Also? "There won't be much snow in the mountains. The snow we were in last weekend, it's all melted. There might be 3 inches, but that will be it." 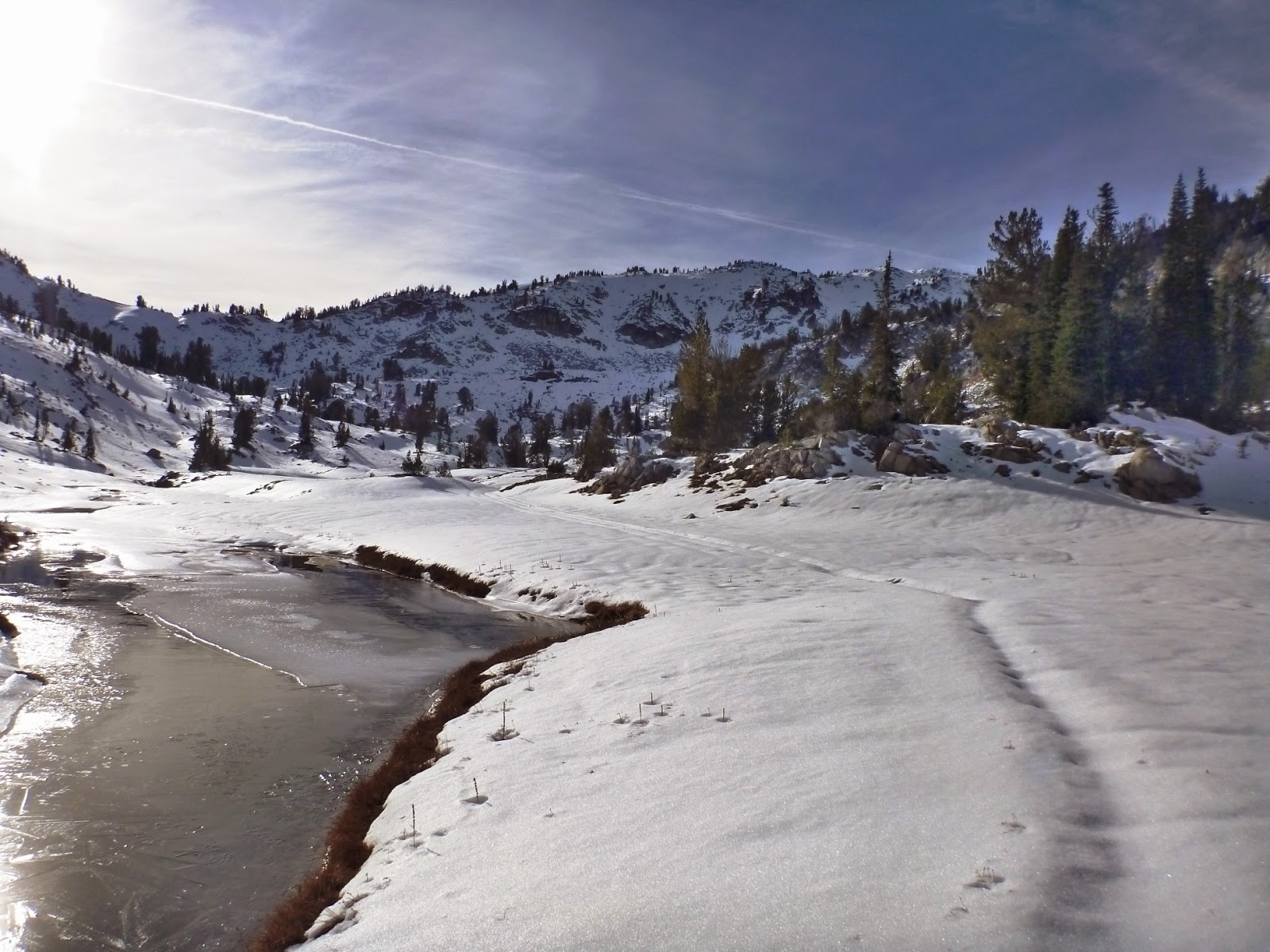 I listen to him exactly why?

However, this is my favorite place in the Eagle Cap Wilderness. It's a remote, wilder place than a lot of the heavily traveled trails, and you have to work for it. You climb steeply to these small basins and eventually over the pass you can see in the background. From there you can drop to some lakes that are rarely visited.

Nobody had been here in a long time. The snow got deeper as I reached 8,000 feet, about a foot, and I knew I wouldn't camp here. It was just too cold, the snow too deep, the forecast too uncertain. I had to descend. There's nothing like a basin completely covered in snow, with nobody else around for at least twenty miles, to make you feel small.

I had asked over six people to go hiking with me, and nobody wanted to go. Nobody is thinking about hiking anymore. After all, the lakes are frozen. You have to haul winter gear. It's hard work, and people don't want to do it.

I don't know if that makes me brave or crazy. Maybe a little bit of both.


I found a place far below that was free of snow and dove into the tent. It was five, and completely dark. Fourteen hours in the tent? I would read, I thought, and then eat dinner. I ended up falling asleep at five-thirty and never waking up until five in the morning, except to briefly turn over. I guess I needed to sleep! All in all I hiked 12 miles just to camp three miles from the trailhead! It was worth it, though, to see this magical winter world, all to myself. 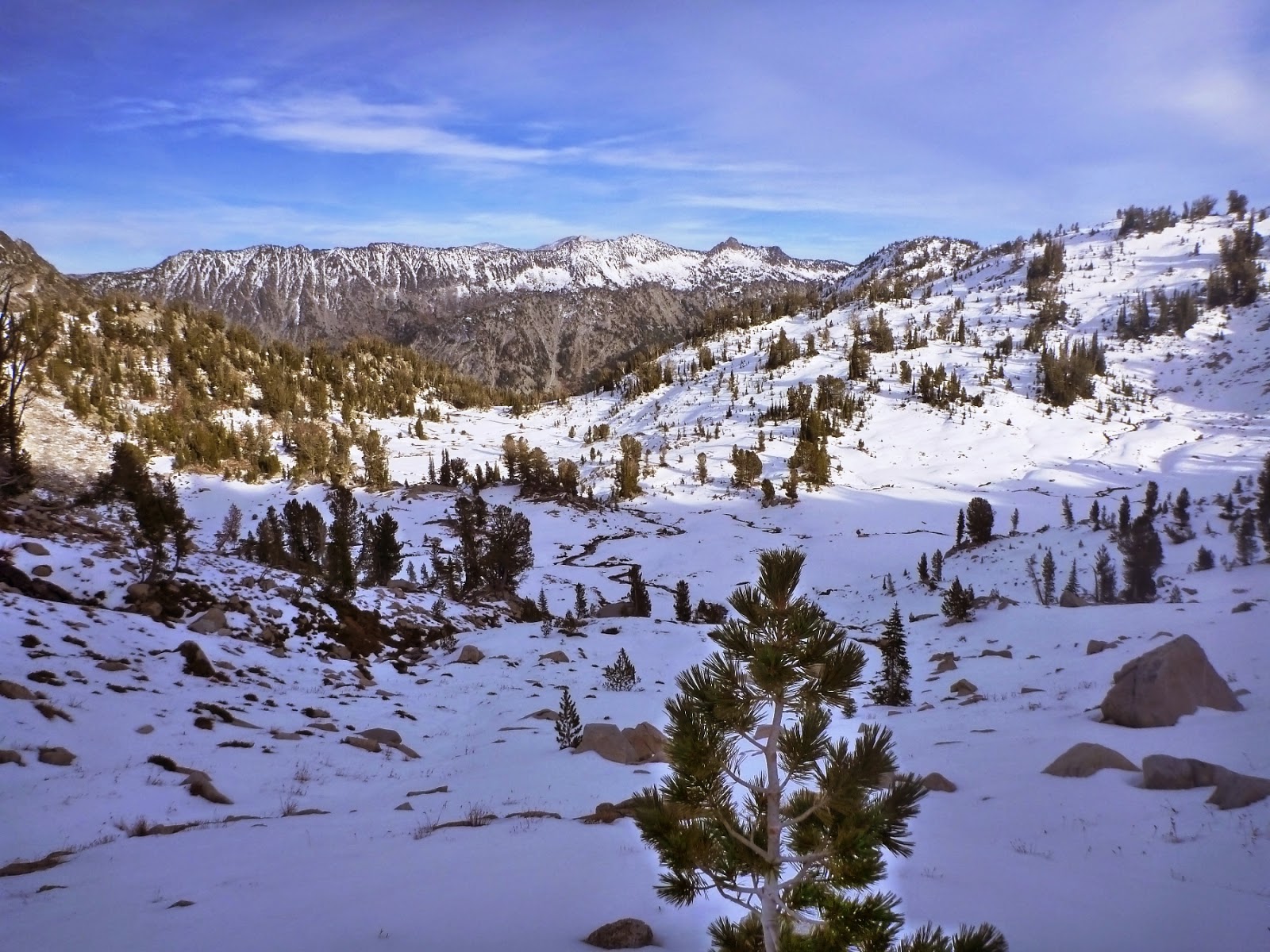