As we hid in the woods, waiting for the serial killer to pass by, we made a plan. One of us would grab Triscuit's bug spray and aim for the eyes. The other would make a run for it. Hopefully that would be enough.

Finally the clicking of trekking poles alerted us and we watched, holding our breaths, as the strange man hiked on by, not spotting us. We decided to give him a ten minute head start before hiking on.

Probably he was just a socially awkward man, we had decided, but there was something about him that gave us both a creepy vibe as we passed and said hello. He said nothing, didn't even smile, just staring at us with what could be interpreted as hostility. So, better to let him pass us, we thought.

As we swung our backpacks onto our shoulders, I thought about how angry I was that we had to even consider hiding. The world shouldn't be like this for women, but it is. 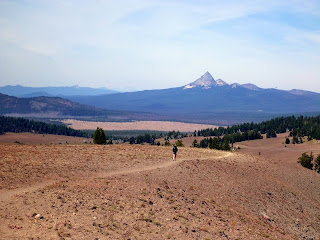 Besides Serial (his trail name, we decided), Triscuit and I enjoyed a near perfect week on the PCT. First we hiked the rim trail around Crater Lake, and despite dodging tourists and construction, the views did not disappoint. 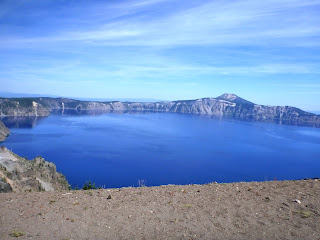 After that we curved around Mount Thielsen, which reminded me of the day fifteen years before when I had climbed that peak. It looks impossible from below, and I had done it solo, meeting a nice guy named John on top, and keeping in touch with him for years. This spring he shot himself, proving that you just never know what lies beneath. 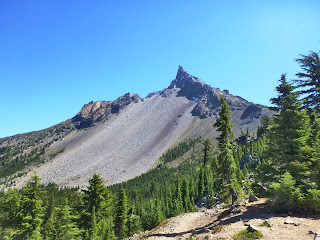 My sadness faded as we marched through the easiest terrain I have ever hiked in my 1400 miles of PCT walking to date. Twenty mile days were nearly effortless, marred only by our respective shoe problems. (Dear Brooks, why did you change the Cascadias?) After the shortest and most expensive shower of my life at Shelter Cove ($1.50 for three minutes), we came into the lake country. In July, this is well known as being mosquito hell, but for us, it was heaven. I managed to swim in a couple of lakes that we passed. 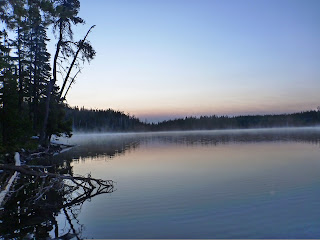 The trail was the quietest I have ever experienced, with only a few thru-hikers about, ones that probably will not make it to Canada at this rate. We hiked alone for hours. Although views were sometimes scarce, I found the deep woods comforting and sweet. This would not rank high for beauty, but this in many ways was one of my favorite PCT section hikes to date. 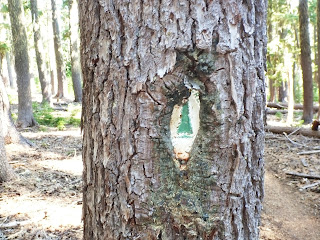